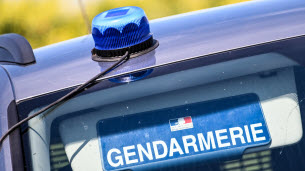 What fly stung this inhabitant of Lodève (Hérault), west of Montpellier? On Thursday night, well after the curfew – which then started at 8 pm in the ward – this man had fun posting a picture of him on Facebook without a mask in front of the city’s gendarmerie barracks, says Midi Gratis. He followed his photo with a provocative message: “I’m in front of the gendarmerie, I have no mask, who’s coming?”

Guess who came? A resident, in the car, but especially the gendarmes, who did not appreciate the joke …

According to Midi Libre, the soldiers have double-verbalized the smart, so as not to wear the mask and violate the curfew. Result: 270 euros in fine.

The woman who had joined him did not have permission. She was also fined 135 euros for the night trip and was summoned to court for driving without a license.