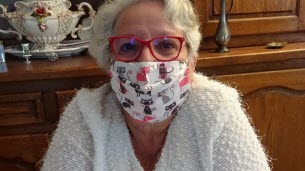 It is not surprising that the lack of entertainment in the municipalities did not allow Telethon to do as well as in previous years, and the organizers expect internet collection. The official figures are not yet known, but the activities in Ain are estimated to lose between 30 and 32%.

If the coastal sector remains very active, new municipalities such as Saint-Rémy and Grièges have emerged in 2020 and will continue in 2021. “We also have two new applications for team members that will be official after the general meeting. “

This is the estimated loss percentage for the 2020 edition.

Between frustration and commitment

Marie-Christine Martinet specifies: “We noticed a real frustration among the committed volunteers who had prepared activities that could not take place, and I feel that they are ready for 2021, and we had some good meetings as in Oyonnax with the rugby club. Serrières-de-Briord conducted a dynamic Telethon in Montmerle-sur-Saône, a young 20-year-old sports coach made his first Telethon and wants to mobilize his team for the next edition. In 2021, we hope to put in place a real celebration, we have great projects that are just waiting to materialize! “

Recent event: Dagneux is organizing a Kadython on February 5 and 6, 2021, a raffle that will mean winning food carts.