Following the hack of Passenger Service System provider SITA in February 2021, Air India revealed a data breach that exposed the personal details of about 4.5 million of its customers.

In a breach notice, the Indian national carrier told passengers that its data processor, SITA, had been the victim of a cyberattack in the last week of February.

Around 4,500,000 data subjects were affected globally as a result of Air India data breach.

Passengers who registered between August 2011 and February 2021 were affected by the data breach.

On March 19, the airline confirmed to the attack, citing that its Passenger Service System provider has talked about a sophisticated cyberattack it was subjected to in the last week of February 2021. 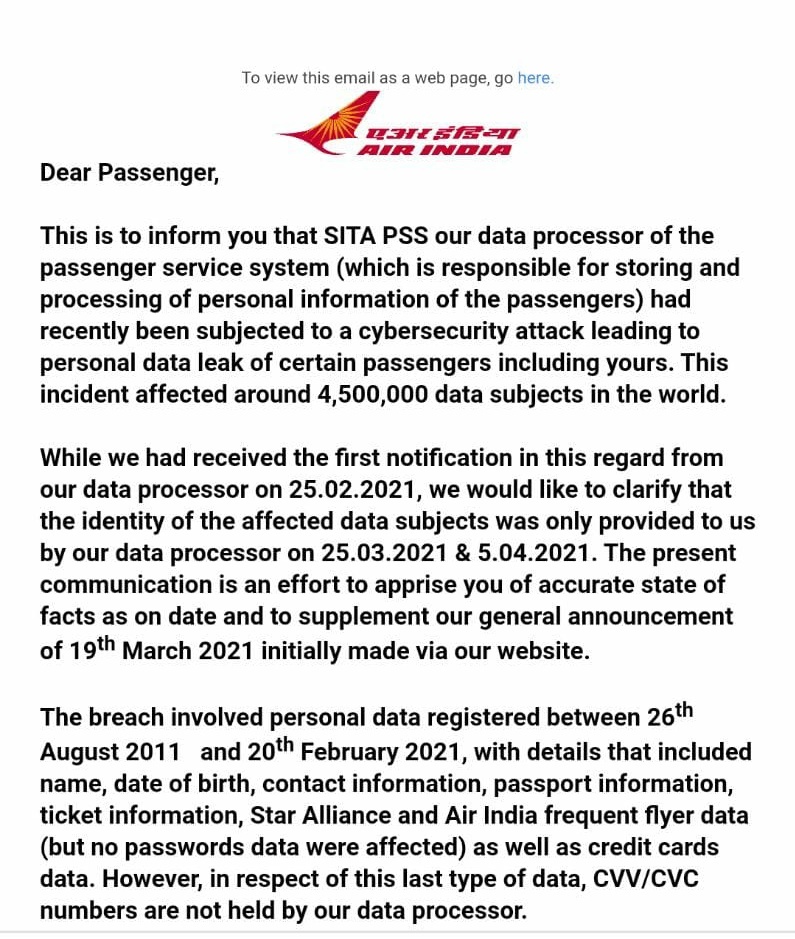 However, after an investigation into the security breach, it was discovered that no credit card information or password data had been obtained.

Air India advises passengers to update their passwords as a measure to prevent future hacking attempts and ensure data protection.

Many other airlines, in addition to Air India, told passengers that the breach of SITA’s Passenger Service System (PSS), which handles anything from ticket reservations to boarding, had exposed some of their details.

SITA also acknowledged the breach, stating that it notified all PSS customers and related organizations in early March.

Air India said it engaged external experts as part of its investigation and informed credit card issuers of the problem, as well as resetting passwords for its frequent flyer program.

In order to prevent any unauthorized attempts and ensure the protection of their personal data, the airline is also advising customers to update their passwords where necessary.