For the past three years, the infamous ‘Joker’ malware has been found in a number of Google Play Store apps.

According to a recent analysis from Quick Heal Security Labs, the malware has now been discovered in eight new apps.

The malware is known for its ability to infiltrate a user’s device using an application, after which it can collect data quietly.

The malware is known to be able to subscribe the victim to premium subscriptions to other services, without the user’s knowledge.

Following the discovery of the eight additional apps that were discovered to be infected with the malware, Google quickly removed them from the Play Store.

According to the Quick Heal report, these apps would ask for notification access when they first launched, and then steal SMS data from those notifications.

They would next collect contact information, as well as permission to make phone calls.

The apps then proceed to track all of this information while operating normally, with no signs of malicious activity.

According to the report, the malware developers released these apps on the Google Play Store as scanner apps, wallpaper apps, and message apps.

Due to their practical applications, they can rapidly become popular.

As a result, users should only download such apps from developers they know and trust.

If you’ve already downloaded and installed any of these apps, your device and personal information may be at danger. 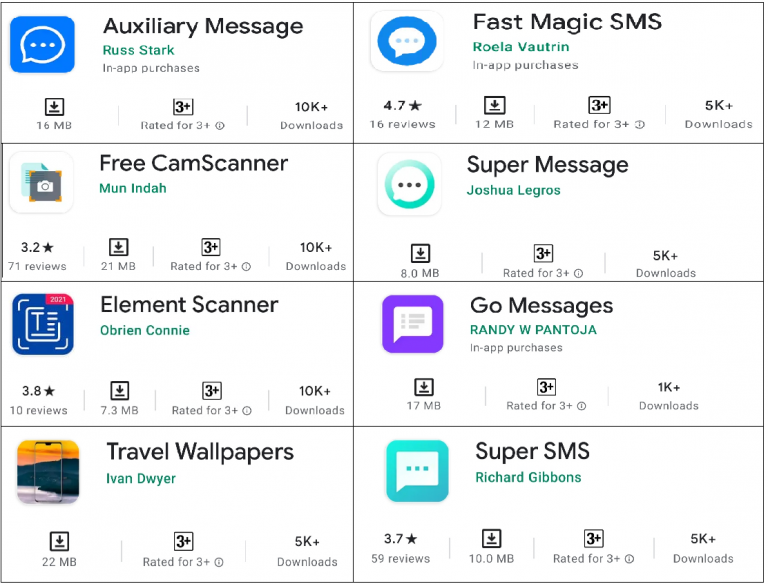 If any of these eight apps are installed on your smartphone, delete them right now to keep safe.

These Billing Fraud Apps have infected over 700,000 Android Users