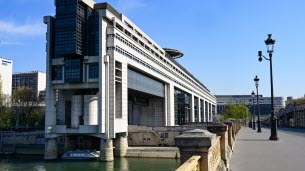 The Ministry of Finance has identified 23,000 “probably unnecessary” payments to companies that have appealed to the Solidarity Fund, which represents a total amount of 30 million euros, he said on Tuesday.

The tax audit will assess these cases that could lead to criminal prosecution in the event of proven fraud, the office told the Prime Minister’s accounts Olivier Dussopt.

This process of control and verification has already made it possible for the state to recover 3 million euros of illegally paid aid.

The government wants “to fight against all fraud so that a spent euro is a euro that is useful for the economy and not for fraudsters”, stressed the cabinet of Olivier Dussopt.

At present, 300,000 help requests are still “subject to verification by the dedicated unit” consisting of 50 agents.

A total of 680,000 claims have been filed for the month of December since January 15, Economy Minister Bruno Le Maire told the Senate Economic Committee.

He specified that “all requests exceeding 30,000 euros are subject to manual control” and that of 2,600 of these processed requests (out of 4600 received) during the second half of January, “two thirds were rejected”.

“With these manual checks, we noticed a lot of fraud,” declared Bruno Le Maire, such as repeated requests formulated for the same month with other reference turnover or “entrepreneurs who asked for large sums when there was no turnover statement in previous years”.

On Monday, Bruno Le Maire announced the recruitment of 250 additional contractors to strengthen this unit and speed up the processing of requests.

The Solidarity Fund, which was established to support companies in difficulty in connection with the health crisis, has benefited two million companies for an amount of 14 billion euros since April.