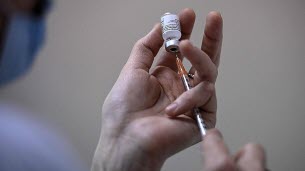 Two and a half million French people will have received at least one dose of the vaccine by the end of February, the government announced on Thursday. A figure that is half less than the target set on 21 January by Minister Olivier Véran: 4 million people vaccinated at the end of February.

In detail, one million first injections will be performed in February and 1.4 million other injections from Pfizer and Moderna.

Why such a change of goals? Due to a drop in vaccine supply. For Pfizer / BioNTech, France accuses a reduction of 200,000 doses at the end of January. For the Moderna vaccine, there will be 25% fewer doses than expected that will be delivered in February, a total of around 350,000 missing doses.

And it is not the British vaccine AstraZeneca, no matter how excited it is, that will change the situation. The European Medicines Agency (EMA) will issue a permit this Friday. But experts already recommend that it be inoculated only to people under 65 years of age. The authorization from EMA can therefore only be partial and not affect the elderly. Especially since the laboratory announced delivery of 4.6 million doses by the end of March, half less than expected.

The result was not long after getting on the ground. Only 400,000 new appointments are open this Friday for the second half of February for a first injection, 100,000 less than announced. The other 600,000 agreements have already been made in the first half of the month.

However, many have agreed on their time for a first injection, especially in Ile-de-France, Hauts-de-France and Burgundy-Franche-Comté. In Hauts-de-France, the regional health agency even announced that the appointments would be scheduled for the first week of March.

“Many French people who want to be vaccinated are still waiting for an agreement,” admitted Gabriel Attal, a government spokesman. “I want to tell them that the doses continue to come to our country,” he tried to reassure by promising “total transparency” about the vaccination campaign.

Already last week, many appointments had to be deprogrammed in several regions due to lack of doses, and according to the Minister of Health Olivier Véran, a phenomenon of “overbooking” in some centers.

Vaccination and containment, how do we organize ourselves?

In addition to delivery delays and difficulties in making an appointment, what will be the impact on the vaccination? On France Info this Friday, Valérie Rabault, president of the Socialist Group in the National Assembly, was concerned that confinement would slow down injections in the elderly and vulnerable.

This is a topic she wants to address during the debate scheduled for next week in the assembly with the Prime Minister. This debate on the new restriction measures will be followed by a non-binding vote. But there is no doubt that the government must respond to the concerns of parliamentarians and Frenchmen.