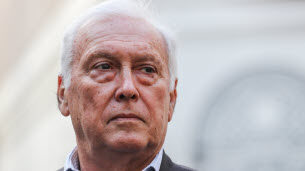 “I am very concerned about this English variant,” Jean-François Delfraissy, president of the Scientific Council, told Franceinfo on Wednesday morning. He spoke of “a race of speed” in the face of the “inevitable appearance” of the British variant in France.

“The question is not to block, but to slow down the circulation of this variant,” he added.

But he also indicates that “France is in a paradoxical situation” with numbers that do not explode. “We have a France that is better than all the European countries, but the numbers are stagnating.”

He had indicated on Tuesday night on TF1 that: “We are not in an extreme hurry, because the numbers are quite paradoxical”.

Jean-François Delfraissy also asks not to slacken the barrier movements.

“We will stick to the whole of 2021 with the barrier movements (…) There are still three difficult months to hold”, he warns and assures that the situation will clearly improve “after the summer”.

It encourages face-to-face return of some of the university students from the end of the February holidays. “The level of anxiety and depression among students is a major problem.”

He recommends leaving schools open, with reinforced health measures in the face of the variant that has emerged in the UK.

A health defense council will be arranged on Wednesday around the head of state. This may lead to new measures to limit the increase in coronavirus infections and meet this more contagious variant. Prime Minister Jean Castex will speak on Thursday night.

He decided on Tuesday that the French had behaved “well” on the occasion of the celebration at the end of the year, said the day before that “the curfew is enough”, and seems to rule out a third reconstitution immediately.

At this stage, it is planned to generalize the curfew at 18, as a measure to reduce the circulation of the virus, to the whole country.