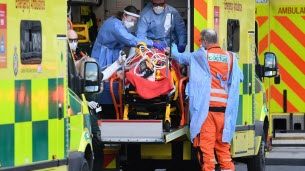 As hospitals suffer from an influx of patients, schools in London will remain closed. A new study points to the strong development of the new virus strain in all age groups.

With 57,725 cases detected on Saturday, the Covid-19 epidemic explodes in the UK, and tensions are rising in hospitals. The calls for stricter redefinition are increasing to prevent an explosion in the health system. London has made the decision to postpone the start of the school year in the capital, but the teachers’ associations request that the measure applies throughout the country.

On question: the epidemic broke out with the new variant. It is not more pathogenic, but is much more contagious. An element that worries the authorities at the highest point: because more patients, there are mechanically many more potentially serious cases and deaths.

Scientific studies follow each other to warn about this new strain, called VUI – 2020 12/01 (VUI-UK clone). According to the London School of Hygiene and Tropical Medicine

, the variant would be about 50% more contagious compared to the original virus strain. And the current restrictive measures are inadequate: “unless primary, secondary and secondary schools are also closed.”

Another study from Imperial College London

adds to the concern over the channel. According to the researchers, the new variant will increase the reproduction rate of the virus (R, indicator of the development of the epidemic) very significantly. With this new strain, R increases between 0.4 and 0.7 (for the record, when it is greater than 1, the epidemic develops).

Another element: in the first data, the children seemed particularly affected by the progression. The information was then tempered by a larger survey: “The latest data indicate that it spread rapidly in all age groups. One possible explanation is that the first data were collected at the time of the lockdown in November when schools were open and the activities of the adult population. “We now see that the new virus has increased infectivity in all age groups,” Professor Gandy, a member of the research team, explained to the BBC. Both studies were published in “pre-print”, without being peer-reviewed.