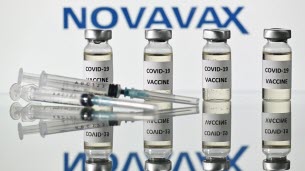 Clinical trials of Novavax’s Covid-19 vaccine have shown an effect of 89.3%, said the US biotechnology company in a statement which published the results of phase 3 studies with more than 15,000 people.

“An important role in the solution of this crisis”

“NVX-CoV2373 has the potential to play an important role in resolving this global public health crisis,” said CEO Stanley Erck.

But the positive news was offset by the joint announcement that the vaccine is much less effective against the variant that was first identified in South Africa, which researchers consider to be more contagious. The company will immediately start the development of a new vaccine aimed at this variant, it is stated in the statement.

The clinical trials, conducted in the United Kingdom, involved 15,000 people between the ages of 18 and 84, of whom 27% were over 65 years old. The first preliminary analysis was based on 62 cases of Covid-19, of which 56 were observed in the placebo group, compared with six cases among those receiving the NVX-CoV2373 vaccine. The company’s preliminary analysis indicates that the variant first identified in England, B.1.1.7, has been detected in more than 50% of confirmed cases.

The efficacy of the vaccine after coronavirus strain was estimated at 95.6% against the original strain, and at 85.6% against the variant that appeared in the UK. However, the efficiency appears to be much lower in a smaller study conducted in South Africa.

The latter involved more than 4,400 patients, from September to mid-January, a period in which the B.1.351 variant spread far and wide across South Africa. The overall vaccine effect was 49.4% in these studies, but the number rose to 60% among the 94% of HIV-negative participants.

Novavax said it began research on new vaccines against new varieties in early January, and expects to examine optimal vaccine candidates in the next few days, before starting clinical trials in the second quarter.

Unlike the vaccines from Pfizer and Moderna, which use messenger RNA technology, the injection of the Novavax vaccine includes fragments of coronavirus that make it possible to elicit an immune response in the human body.