DigitalOcean, a cloud hosting provider, has revealed a data breach that occurred as a result of a loophole that exposed customers’ billing details.

Between April 9th and April 22nd, 2021, a “flaw” allowed an unauthorized user to access customers’ billing information, according to an email sent out by DigitalOcean to impacted customers.

“An unauthorized user gained access to some of your billing account details through a flaw that has been fixed. This exposure impacted a small percentage of our customers”, reads the email sent to customers. 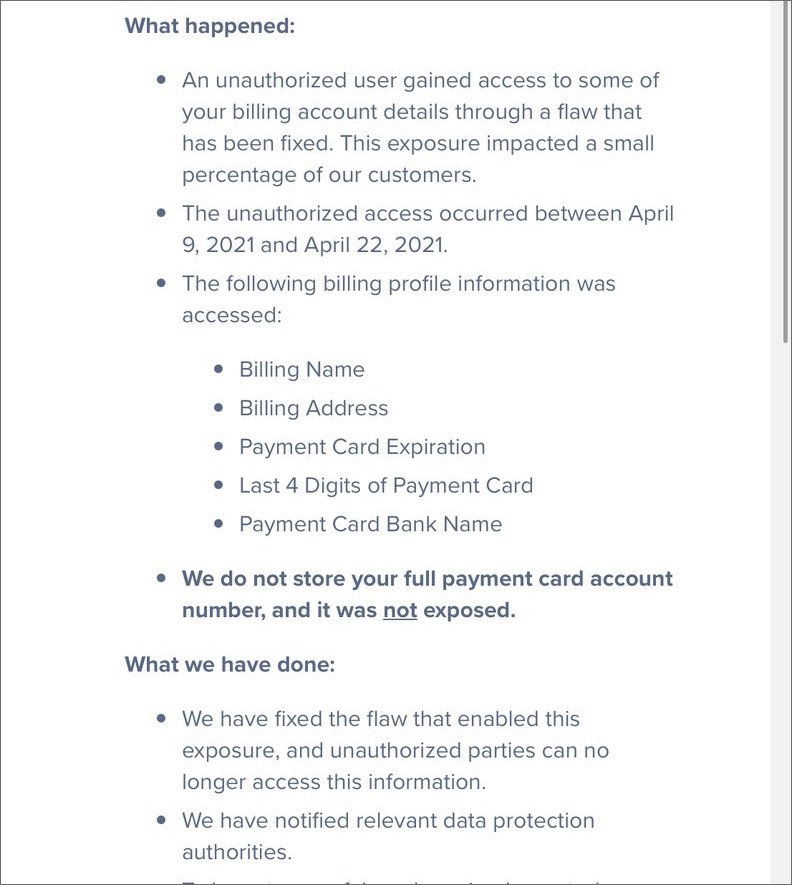 The bug has now been patched, according to the hosting company, and the exposure has only affected a small number of their customers.

The breach was reported to data protection authorities by DigitalOcean.

Last year, DigitalOcean experienced a data breach when they made a document containing information about customers’ accounts publicly accessible.

Meta-crisis: Employees and fourth estate: losing proposition for both