As of Tuesday morning, the app was still available on Apple’s China app store, and the app and website seemed to be functioning normally in Hong Kong.

On Tuesday morning, users in China reported that the encrypted messaging app 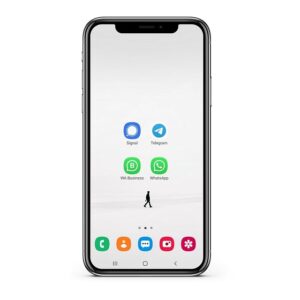 Signal was no longer working without the use of a virtual private network (VPN). In recent years, China’s cyber authorities have become more stringent, expanding the list of applications, media outlets, and social media sites that are prohibited in the country.

On Tuesday morning, China’s Signal website was also unavailable. As of Tuesday morning, the app was still available on Apple’s China app store, and the app and website seemed to be functioning normally in Hong Kong.

Apple has not yet received any government orders to withdraw the app from its app store, which is gaining popularity among China’s tech-savvy and privacy-conscious people. On the Chinese App Store, the app has 37,000 reviews with a rating of 4.9 out of 5.

A request for comment from Signal’s press team was not immediately returned. China’s Cyberspace Administration could not be contacted for comment right away. In China, where Google services are mostly blocked, the app was already unavailable on third-party Android stores.

The app had previously stopped operating in China without a VPN for no specific reason, just for use to restart.

After WhatsApp’s revised privacy policy caused panic among users in January, Signal and rival Telegram saw a rise in downloads. Although the effect has been limited in China, where Tencent’s WeChat has a sizable share of the social networking market with 1.1 billion monthly users, Signal and Telegram have seen minor usage increases.

Telegram had about 2.7 million downloads on China’s App Store as of January, compared to 458,000 for Signal and 9.5 million for WhatsApp. Telegram , WhatsApp, and Signal, are still available on the China App Store, though access tends to necessitate the use of virtual private networks.

According to data firm Sensor Tower, Signal had been downloaded nearly 510,000 times on iOS in China and has been downloaded 100 million times worldwide on the App Store and Google Play combined. The all-in-one android app from Tencent With its payment features and other services, WeChat is China’s most popular messaging app, with over a billion users worldwide.