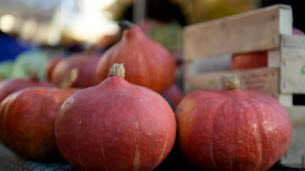 Sustainable food is a global theme that is played especially at the local level. Hence the desire of three major players in the region to unite “to act together for sustainable food”.

Thus, Suez, the Métropole de Lyon and your press group have been working for a year on a program of events called GOOD, to highlight good practice related to healthy agriculture and environmentally friendly consumer patterns.

There is no shortage of examples in the metropolitan area, as the members of the GOOD program committee have already noted. It consists of around fifteen engineers, doctors, researchers, experts and representatives of the agricultural world. His calling? Offers the public local initiatives that offer nutritional balance, respect for taste, but also the earth’s nourishing resources. All in a spirit that aims to be positive, therefore constructive and unifying.

Solidarity’s grocery stores, short circuits, associations that are in favor of zero waste, are appearing more and more in the landscape in the region, and the phenomenon seems to be exacerbated by the health crisis. It only remains to be hoped that the latter will be completed as soon as possible, so that the first major GOOD event, including conferences, debates and an “eventful” journey, sees the light of day in Lyon. In the meantime, you can go to the website dedicated to the event.