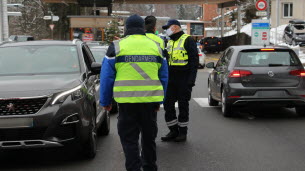 In an attempt to stop the circulation of Covid-19, skiers coming from Swiss slopes are now asked to return to French territory with a negative PCR test and dated less than 72 hours. A control operation took place on Saturday 2 January, from kl. 13.45 to 16.15, at the border post to Vallorbe (Doubs) by the border police, customs and gendarmerie (a total of 25 people mobilized). Within two and a half hours, between 150 and 200 vehicles were checked, resulting in 48 prefectural isolation orders. To sign the placements in isolation, Jean Richert, chief of staff for the prefect Doubs, was present at the site.

If frontier workers are spared by this measure, what about French tourists visiting Switzerland for a day or more, but not the ski slopes? Rest assured, only skiers are concerned. This request is also not trivial financially, since in Switzerland a PCR test costs at least 160 €.

During a similar operation carried out in Jura in La Cure (our Sunday editions), no placement in isolation had been taken out of the forty cars checked.