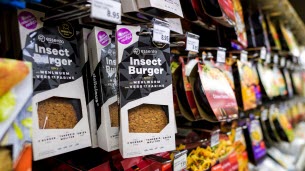 IPIFF, the European trade union for insect producers, wanted EFSA’s opinion, a “big step forward” encouraging “for other European producers of worms and other species of edible insects” who also want to market food.

According to IPIFF, insects can be boiled, fried, dried or smoked and ground into powder or flour for use in pasta, food sticks, cakes etc.

Ynsect, one of the French leaders in the production of insect meal for animal feed, has already developed “an ingredient based on rendered insect proteins suitable for human consumption”, she indicated in a report. press release, submit a file to EFSA, but also to the Food and Drug Administration, its equivalent in the United States.

The company, which produces insect meal, wants to offer these ingredients for the production of “energy bars that will help recovery, prepare for action”.