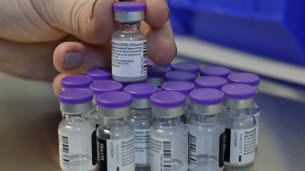 After several days of debate, France finally retains the period of three to four weeks for the injection of the second dose of Pfizer and Moderna vaccines. Olivier Véran, the Minister of Health, rejected this change in the protocol regarding messenger RNA vaccines on Tuesday morning at a press conference.

This decision runs counter to the recommendation of the Haute Autorité de Santé, which argued for postponing the second injection of the Pfizer and Moderna vaccines to six weeks (42 days) versus three to four weeks according to clinical trials (21 days). Pfizer, and 28 for Moderna) “in the current context of a resurgence of the epidemic”.

According to HAS, this would in fact make it possible to vaccinate 700,000 more people in the first month of implementation of this measure, in order to speed up the primary vaccination (ie the first injection that makes it possible to start protection).

A risk of loss of effect for the elderly

But “this scenario does not reach consensus in the scientific community”, as the Minister of Health and Professor Alain Fisher remembered. “More vaccinated does not mean more are protected,” explains Professor Fisher.

And increasing the number of people who have received a first dose does not guarantee an increase in the number of vaccinated in the long term.

Furthermore, after the first dose, “protection may be less effective in elderly subjects” in the general population, as the first data from mass vaccination in Israel show. This does not argue for a separation of the second dose, which is still important to induce real protection.

And “we do not know at all the consequences of dose separation”, especially in the elderly. “Is there not a risk of a suboptimal immune response”, which may reduce the effectiveness of vaccines against variants, continues Professor Alain Fisher.

Finally, “the longer the time between appointments, the more people risk forgetting their second appointment”. This also risks delaying the first agreements that were made for the recall, which the Minister of Health wants to avoid.