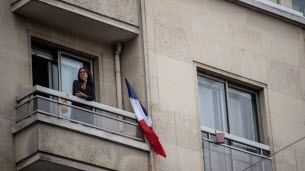 During the first incarceration, one in two French people did not practice at least 30 minutes of physical activity per day, which is, however, recommended by the health authorities to keep fit. One third of the French also stated that they had sat for more than seven hours a day, ie a level of sedentary lifestyle was too high. Almost one in two people has reduced their physical activity compared to normal habits, and six out of ten people have increased their daily use time.

These rather worrying findings come from the CoviPrev study, a monitoring system set up by the Public Health France (SPF) to assess the impact of inclusion on the health of French people.

The authors of the study interviewed a representative sample of 2,000 people over the age of 18 to find out their behavior in connection with the Covid-19 crisis. The results of the investigation appeared in the latest issue of the weekly epidemiological bulletin for Public Health France, which was published on Thursday.

The lack of physical activity affected more people from poorer socio-professional categories or without professional activity, as well as women with the least education, on sick leave or partially unemployed.

The study also shows the impact of inclusion on the French mental health. “Lack of physical activity, high sedentary lifestyle, decreased physical activity and increased time to sit are associated with anxiety, depression or reported sleep disturbances during confinement,” the authors of the study write.

In case of further inclusion, they recommend taking measures to promote “an active lifestyle, to help maintain the physical and mental health of the population”. They give the same recommendations in connection with teleworking, “likely to develop beyond the Covid-19 pandemic”.