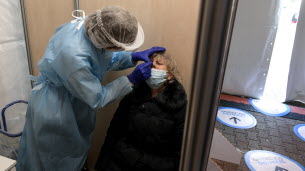 Although this week is announced as crucial, it started badly in the Rhône with a very strong increase in incidence over the last two days. They have just returned above the 200/100 000 mark, the threshold currently used by the government to lower the curfew to 18.00.

—-> Read also: Gerland will be a vaccination center