NicheStack (also known as InterNiche stack) is a proprietary TCP/IP stack developed by InterNiche Technologies and acquired by HCC Embedded in 2016.

Several devices in the Operational Technology (OT) and critical infrastructure space, including the popular Siemens S7 range of PLCs, use NicheStack.

A threat actor with access to an organization’s OT network could take advantage of the weakness.

The following is a list of vulnerabilities found by the experts: 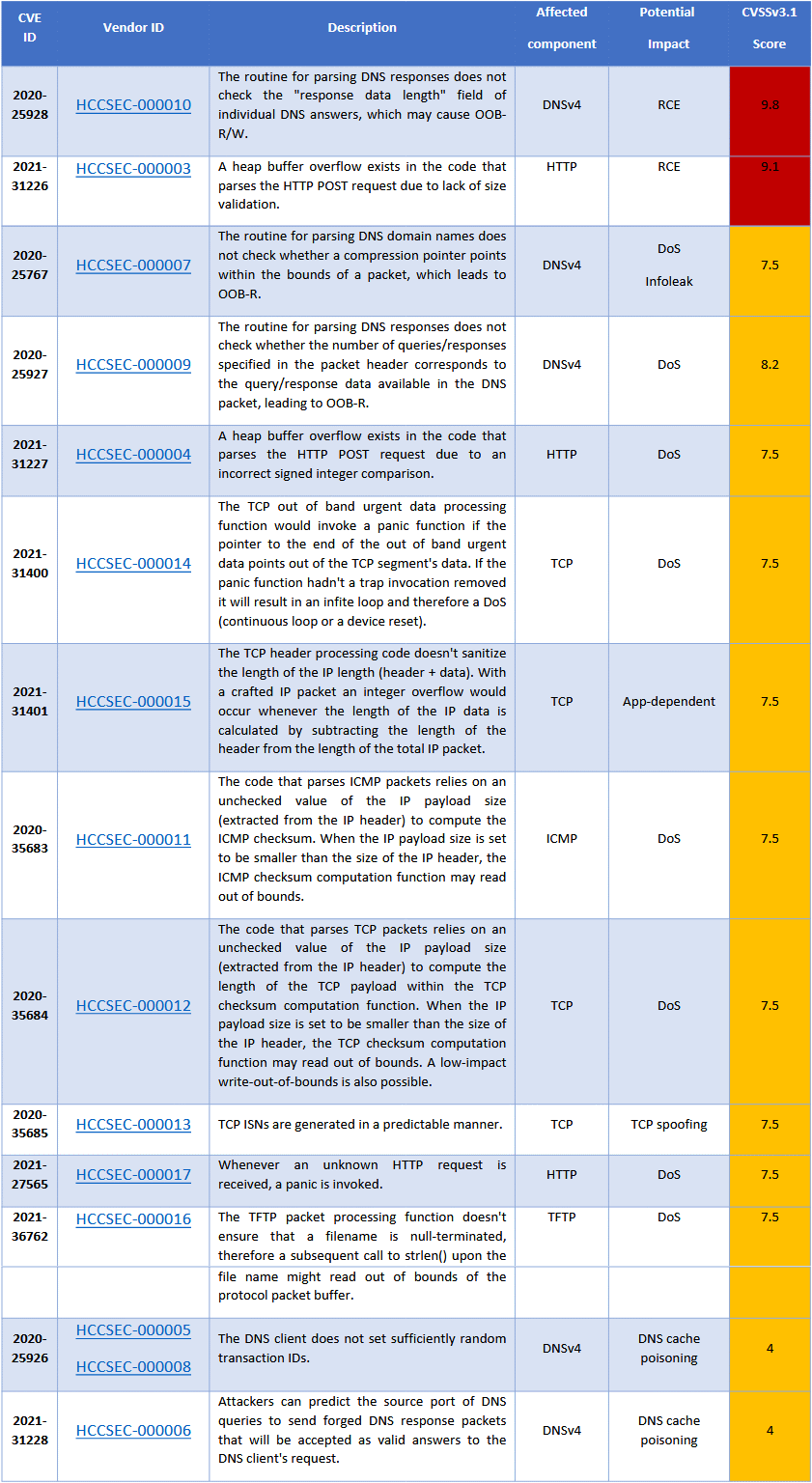 “INFRA:HALT confirms earlier findings of Project Memoria, namely similar vulnerabilities appearing in different implementations, both open and closed source. In fact, INFRA:HALT includes examples of memory corruption like in
AMNESIA:33, weak ISN generation like in NUMBER:JACK and DNS vulnerabilities like in NAME:WRECK” continues the report.

The experts also provided an estimate of the INFRA:HALT vulnerabilities’ impact, which was based on the following sources:

InterNiche’s primary customers, which total over 200 device suppliers, are listed on a legacy website.

Shodan In March, roughly 6,400 OT devices were connected to the internet, according to queries. “Experts discovered almost 6,400 instances of devices running NicheStack (using the simple keyword “InterNiche”),” according to the report. The vast majority of the devices (6360) run an HTTP server (search for “InterNiche Technologies Webserver”), while the rest ran largely FTP (“Welcome to InterNiche embFtp server”), SSH (“SSH2.0-InternicheSSHServer (c)InterNiche”), or Telnet (“Welcome to InterNiche Telnet Server”) servers.”

The researchers also released Forescout’s Project Amnesia scanner, which allows businesses to see if the gadgets they use are vulnerable to these flaws.

DarkSide ransomware gang is back as BlackMatter operation