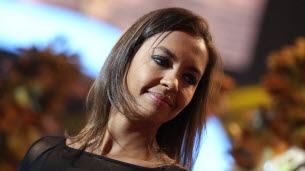 But since the Monday release of excerpts and the trailer for the show, the indignation has risen illico on Twitter where the keyword #pasmarenaissance is flourishing. There is also a petition circulating from the Gras Politique collective there: it had collected more than 6,400 signatures on Friday.

A collective fears a “misleading ad for bariatric surgery”

“Obese people are considered to be living dead as long as they do not succeed in losing weight”, criticizes Gras Politique, which presents itself as “a collective of fat people”, in a column published on Mediapart, and signed by several of 170 associations, caregivers , personalities and individuals.

The association regrets the dissemination of a “false advertising display for bariatric operations” designed without “critical point of view” or “transparency around its economic and ideological basis”.

She calls for not being “tricked by the TV filter”, which draws an “idyllic presentation of a caring health system and respects obese people, and optimal care” for the operated.

“What they condemn, I know,” replies Karine Le Marchand

“What they condemn, I know, is in the show,” Karine Le Marchand responds. Director, producer and program manager for the program, she followed the development of the participants for almost three years.

“Of the 10 candidates, I have five in depression, one who became an alcoholic, one who almost died in the operating room, if it is to embellish the reality of bariatric surgery …”, asks the star host from M6.

His goal? “Changing the outlook for the obese by giving them a voice, seeing what they are experiencing from the inside”, “showing the causes and consequences of obesity”, but also talking about measures to “get in place” to end obesity, ” she explained.

The concept of the show

On screen, “Operation Renaissance” is a reality show that shows the intimacy of ten candidates, including nine women, shortly before the abdominal surgery, then their journey over more than two years of mostly plastic surgery. restoring to the key.

They benefit from a “protocol” for the supervision of a battalion of professionals (doctors, surgeons, nutritionists, psychiatrists) and … the ubiquitous Karine Le Marchand. The latter specifies that she wanted to work with an establishment, the Paris-Saint-Joseph Hospital, and surgeons approved by Sector 1 without exceeding the fees.

The two candidates for the pilot exhibition testified to the positive impact on their lives. For Stacy, you can not be happily overweight, “there is always a mask you put on”.

One claim opponents opposed to the show countered. “We can live big, healthy, happy,” protested Sylvie Benkemoun, psychologist and president of the Reflection Group on Obesity and Overweight (GROS). “It’s suffering acting,” she said.

“There are many ethical questions about this show,” the psychologist adds. She also criticizes the role of Karine Le Marchand, mostly staged in the operating room, and the book she took from the show.

“I have absolutely nothing to blame,” says Karine Le Marchand, who adds that she is not “ashamed” of selling a book “that can be useful beyond weight loss.”