Fans had to wait a little longer to see the official start of the NFL’s 2022 season. Adverse weather resulted in a delayed start of the Pro Football Hall of Fame Game, which was pushed back from its original 8 PM ET start. The game is slated to kickoff at 8:40 PM.

Thunder and heavy rainfall started to hit Tom Benson Hall of Fame Stadium shortly before kickoff. However, around 8:20, the storm started to clear which encouraged players to return to the field. Fans also seated back after being told to reach shelter.

The sun also re-appeared after the players resumed their pregame stretch, producing a scenic backdrop.

Thursday marked the first time Derek Carr and Davante Adams went through teammates at the NFL level. The duo enjoyed a successful partnership during their time together at Fresno State. 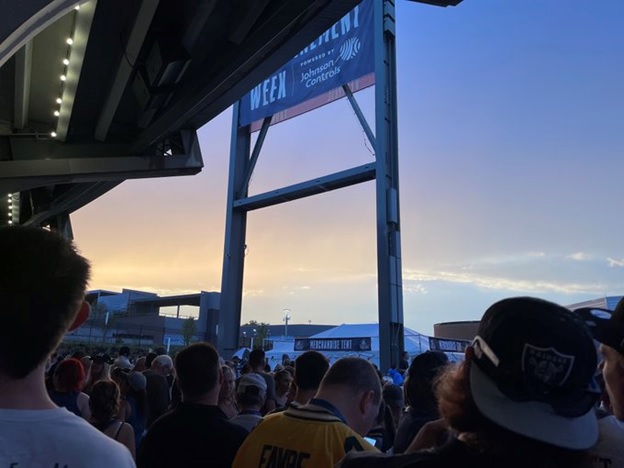 Here’s All About iPhone 14 that you Need to Know!