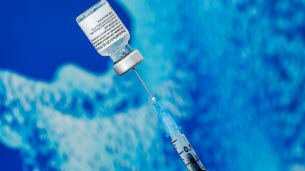 Save time against the virus by vaccinating several people with a single dose, even if it takes two injections for optimal protection. The High Authority for Health recommends that you divide the period to six weeks between the two injections of the Pfizer and Moderna vaccines (the protocol gives, according to clinical studies, three weeks between the injections) to increase the vaccination.

This instruction will protect “at least 700,000 additional people” in the first month of implementation of this measure, the agency estimates. With limited impact on patients. “At the individual level, the risk of loss of efficacy appears limited” because the effect of the Pfizer BioNtech vaccine begins on the 12th day after the first dose and that of the Moderna vaccine from the 14th day after the first dose. first dose ”, according to HAS.

The analysis does not reach agreement among researchers. The Pfizer laboratory specifically warned against changing the protocol, not confirmed by clinical trials. However, in the context of a lack of doses and an acceleration of the epidemic under pressure from variants, several states have already made this choice to place the injections. In France, the Minister of Health, Olivier Véran, did not wait for HAS ‘statement to open up this possibility. Based on a statement from the Norwegian Medicines Agency (ANSM), he opened this alternative on January 7 – with the exception of EHPADs which will remain for three weeks.

The HAS recommendation will allow the government to generalize this recommendation more broadly, at a time when AstraZeneca’s announcements are raising concerns about supplies. Deliveries of this vaccine in Europe – subject to approval, scheduled for January 29 – will be less important than expected, due to a “drop in yield” at a production site, the laboratory announced on Friday.

In the field, this change in the original protocol raises many questions: what about the agreements already made for the second injection? Will the other doses be “sanctuary”? On Tuesday, the ministry said they were reserved for people who have already received their first injection.

HAS considers that it is not necessary to keep them for patients who have another appointment, in the context of regular supply. But the subsequent – and contradictory – announcements from laboratories about their ability to deliver on time require caution.

“We condemn a dangerous game that depends on the certainty of receiving a sufficient amount of vaccine to secure the second dose, while the Covid-19 crisis has shown that the future is constantly paved with uncertainty,” the UFML (trade union of liberal doctors) responded , which reflects the concern of caregivers about such a decision: “We can not accept a recommendation that will prevent caregivers from receiving the second dose of vaccine on time and within hours, while a third wave is likely to sweep across France in the coming weeks.”