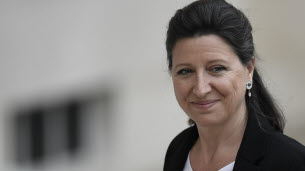 Former French health minister Agnès Buzyn has joined the WHO’s office, according to L’Opinion. She will be responsible for multilateral affairs there and will be an ambassador for the G7, the UN or the Bill Gates Foundation, for the Ethiopian Tedros Adhanom Ghebreyesus, at the head of the World Health Organization.

The former government member left the Ministry of Health in mid-February, at the start of the coronavirus pandemic, to replace Benjamin Griveaux by a moment. The LREM candidate for mayor of Paris had given up after dissemination, against his will, of intimate pictures. But Agnès Buzyn had not managed to prevent the re-election of Socialist mayor Anne Hidalgo during the municipal elections in March and June.

The new functions of the former Minister of Health forced her to officially leave her seat as councilor in the 17th arrondissement of Paris, where she has in fact never sat. Agnès Buzyn arrived in Switzerland and Geneva, where WHO headquarters are located, this Monday, January 4, L’Opinion said.