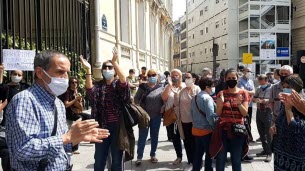 In March 2020, in the grip of the health crisis, Algeria decided to close its borders and thus block around 25,000 citizens abroad.

After long months of silence and insecurity, in which the forced refugees had expressed dissatisfaction, a repatriation program was finally put in place by the Algerian government in December last year. This was to last until January 31st.

But in a twist, the Algerian national airline Air Algérie has suspended the repatriation program for Algerian citizens since January 10. In France, only the daily one-way connection from Paris-Orly Airport to Algiers will be maintained. “The other air connections with other French metropolises will be suspended until further notice,” according to information from the Algerian Part newspaper.

The Algerian Consulate General in Lyon kept passengers informed through a press release published this Saturday. However, no details on the reasons for this judgment. “They are not explaining the reasons to us, they are just giving us orders,” an Air Algeria leader told Jeune Afrique.