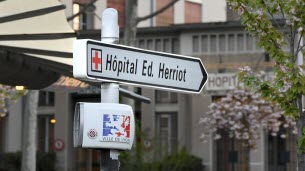 This is a first, since if arm transplants have already been performed before, they did not include the shoulders. The patient underwent surgery for 14 hours and is on intensive care.

Amputated after an electroshock

According to information from 20 minutes, the transplant recipient is a 48-year-old father. Former electrician, he had both arms amputated at the age of 26, after an electrical socket on a high voltage line.

He chose to settle in Lyon seven years ago because of the impact of the “Lyonnaise” transplants performed by the pioneers, especially the teams of Professor Jean-Michel Dubernard.