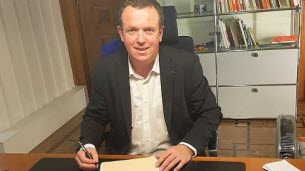 The lack of vaccine doses risks delaying the opening of the municipal vaccination center that the mayor had planned to open on Monday, at CCVA (Cultural Center and Community Life).

This second center was to support the International Vaccination Center, with 12 vaccination boxes, which operated 6 days a week and 8 hours a day. However, three days before the opening of online appointments, the prefecture and the Regional Health Bureau have just informed the city that this opening was only postponed until mid-February and perhaps later, due to a lack of vaccine doses at the national level. “, Writes the mayor who judges” this announcement, incomprehensible and not allowed! “.

“More than one year to vaccinate those over 75”

“With the current vaccination rate, it will take more than a year to vaccinate all Villeurbanne over the age of 75,” says Cédric Van Styvendael. Under these circumstances, I ask the Minister of Health to tell me the exact number of doses that will be delivered in the coming weeks to each vaccination center, in order to anticipate the organization and provide visibility to those who ask questions on a daily basis. It is unbearable for the inhabitants of Villeurbanne, the 19th largest city in France, to have to wait months for access to the vaccine! »Ends the text.