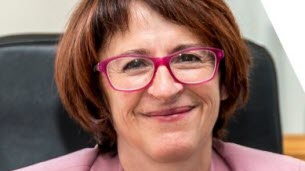 On Thursday night, Marylène Millet renewed her wishes for the population and invited her to discuss with her majority through the city’s Facebook live. Health is still an absolute priority for some Saint-Genois. The mayor remembered that the city has positioned itself in the prefecture, to organize a vaccination campaign, in concert with the mayors of neighboring municipalities. A campaign that will extend over several months. “There will probably be a time when cities will come to the aid of hospitals that are authorized to vaccinate,” the mayor said.

Jeanine, an Internet user, asked if it was possible to offer group transport of the elderly to vaccination centers. The assistant in charge of social action, Ikrame Touri, recently in great demand on the subject, replied: “We want two centers open near the city: Lyon Sud hospital center, as well as a center in Gerland. We are considering organizing transport for transport of the elderly as well as people with disabilities. All this is under investigation. “