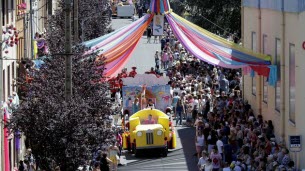 The news has not yet been formalized by the city. But the meeting between the mayor and the party committee, which took place at the town hall on the afternoon of Monday 25 January, seems to have confirmed what many residents feared. According to our information, the Mousselines festival will be canceled. Due to health-related uncertainty, this decision is not really a surprise, and in recent weeks the volunteers, mobilized around the organization, were not under any illusions.

The 2020 edition of the largest party in the city, which gathers thousands of spectators every five years since 1893, had already been postponed to the period June 18 to June 27, 2021. It would eventually not take place and no postponement would be considered by the organizers. We must therefore wait until 2025 to witness new Mousselines in Tarare.