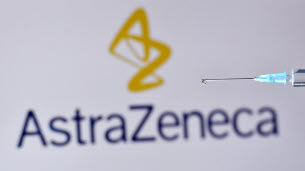 “The high health authority will give its opinion on Tuesday” on the approval of AstraZeneca’s vaccine against Covid-19 in France, according to Health Minister Olivier Véran.

The EU approved it on Friday. It will be the third vaccine approved in the EU after Pfizer / BioNTech and Moderna.

“The European Medicines Agency stressed that it could be used on all adults, despite incomplete data over the 65s. It added that further efficacy studies in the elderly were expected in February,” Olivier Véran said in an interview with the Journal du Dimanche.

“Based on this information, I have developed a strategy for this vaccine that I will propose to the President when the HAS statement is known. We will have a reduced number of doses of this vaccine in February due to delays in delivery attributable to the laboratory,” said the Minister of Health.

This possible approval in France comes in the context of tensions over delivery delays planned for this vaccine.

AstraZeneca explained that it could only deliver “a quarter” of the doses originally promised to the EU in the first quarter.

The President of the European Commission Ursula von der Leyen kept the pressure on the laboratory, whose 27 criticize the delays in deliveries. “I expect the company to deliver the 400 million doses as agreed,” she said.

AstraZeneca CEO Pascal Soriot was quick to state that “an initial delivery of around 3 million doses should be sent in the next few days”.

The distribution of the AstraZeneca / Oxford vaccine is eagerly awaited by member countries, as it has the advantage of being cheaper to produce than its rivals, while at the same time being easier to store and transport.

The Pfizer / BioNTech and Moderna vaccines, which use the same technology (messenger RNA), have a very high efficiency of 95% and 94.1%. The AstraZeneca / Oxford vaccine is around 60% effective, according to EMA estimates. It is based on another technology, called “viral vector”: we take another virus (here, a chimpanzee adenovirus), adapted to fight Covid.