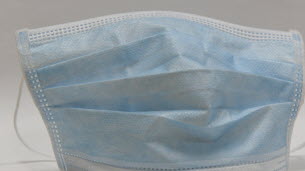 A new prefecture decree passed on 27 January extends the obligation to wear a mask to 28 February. As a reminder, it is mandatory for anyone aged 11 or over who is on a public motorway or in a place open to the public, 24 hours a day in Lyon and Villeurbanne. In the other municipalities in the department, the measure applies between 06.00 and 02.00 the next morning. “The indicators of epidemic activity produced by the regional health agency Auvergne-Rhône-Alpes show that the viral circulation of Covid-19 is still intensive in the Rhône department and justifies the maintenance of health protection measures for the entire Rhône population to limit the spread of the virus,” emphasizes prefect Pascal Mailhos. .

The mask is not mandatory for disabled people with a medical certificate that justifies this exception, for people who engage in a sports activity and for users of two-wheelers. The fine for non-compliance with the use of the mask is 135 euros.

Sale of alcohol prohibited from kl.

Other measures are extended until the end of February throughout the department. It is now forbidden to take out the sale of alcoholic beverages, which was forbidden between 20 and 6 the next morning – curfew – between kl. 18 and at Restaurants, grocery stores, snacks and similar businesses and fuel outlets are concerned. »Alcohol consumption is prohibited in public spaces between kl. 18 and 06.