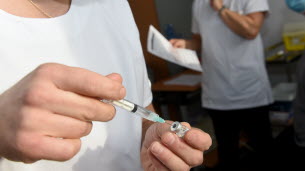 While the government focused on Friday on keeping the Covid-19 epidemic under surveillance without currently resorting to stricter containment measures, the latest available figures show that the spread of the virus is keeping pace in our departments.

Confirmed cases on the way up

According to the latest bulletin published last Friday by Public Health France (based on data from 18 to 24 January), “the virus is circulating in the Auvergne-Rhône-Alpes region”. The number of new confirmed cases (18,298) is thus up compared with last week (+ 10.3%), while the use of screening itself is very down (-0.6%).

In Jura, a department that was strongly affected for several weeks, and where the curfew at. 18 was introduced on 2 January, the incidence has now fallen for several days and has returned to a level it had not previously had. Not reached since the end of 2020. But the ward is still among the most affected (it is one of the 5 wards where this proportion is highest at a rate of 297.8 / 100,000 inhabitants on 29 January).

The data on the situation at the hospital confirm the long plateau on which our departments have stagnated for several weeks. For the period 18 to 24 January, however, Public Health France is causing “a slowdown in the dynamics of social and medical-social institutions (ESMS) and in hospitals. After two weeks of strong growth, the number of new reports, of cases and deaths in ESMS is declining, At the hospital, it seems that the flow of new admissions is stabilizing: + 1% of new hospital admissions “.

… at a consistently high level

The latest data, which was stopped on 1 February, shows a more contrast-filled situation in our wards between hospital admissions such as the Jura or Haute-Loire, and increases slightly as in the Loire or fluctuates constantly as in the Rhône. In all cases, as public health France reminds us, “the number of people currently hospitalized remains at a level that is still very high and higher than the peak of hospital admissions recorded in March 2020”.

Resuscitation: on the way up the Rhône

In terms of patients in intensive care, the region observed 247 new admissions during the week of 18 to 24 January, an increase of 3% compared to last week. The latest data provided at the beginning of this week shows a more marked upward trend in the Rhône, which with 152 people admitted to the intensive care unit (February 1), finds a threshold of course far from the top of the 2nd wave, but which had not reached since 10 December.

Finally, 332 people died in connection with Covid-19 in hospitals in the region between 18 and 24 January, or 12% more than last week. A total of 7894 deaths have been registered in regional hospitals since the epidemic began and 4 977 in social and medical-social institutions (which include nursing homes).

Under close surveillance, the English variant of Covid-19 was the subject of a so-called “Flash” study involving 135 medical biology laboratories spread across 12 regions on 7 and 8 January. The aim was to identify possible cases of infection with the English variant among the samples with a positive COVID-19 RT-PCR result. According to Public Health France, the results make it possible to estimate that the 20I / 501Y.V1 variant (English variant) will be responsible for 3.6% of the cases of Covid-19 diagnosed in France at the time of the investigation and 1.6 %% of the cases in the Auvergne-Rhône-Alpes “.

Another study began on January 27 to try to identify the development of the proportion of this variety, fearing infectivity. The results will be available in two weeks according to Public Health France.

The variant was also discovered at the end of January in Jura.