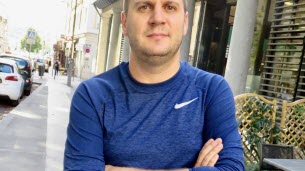 The psychological disorder in which the health crisis plunges students is more and more palpable. On January 9, a Lyon 3 student attempted suicide, and another defenestration was narrowly avoided in the 9th arrondissement a few days later.

So, in this difficult context, actor and director Jean-Christophe Hembert, aka Karadoc in Kaamelott, invites the students in Lyon to contact him to share “a bit of a walk and a chat”. The idea is to let them break the isolation and “change their minds”.

Contacted by Le Progrès, the Lyon actor said he was particularly touched by the recent events and the discomfort of young people in his city. A few hours after the publication of his tweet, he had already received about fifteen messages from students who wanted to meet him. From a practical point of view, he “does not know” what he will do if he receives many requests, and the priority is to show solidarity.

This is not the first time Jean-Christophe Hembert has shown solidarity. He is currently participating in the raffle of the association l’Enfant Bleu, where the actor gives you a tray of cheeses and cold cuts for 5 €.

Where can I find support? In addition to the university’s health and preventive medicine, “Live” is a reception and referral number created by Vinatier Hospital (04 37 91 55 99). A night listening service www.nightline.fr/lyon is also offered by students.