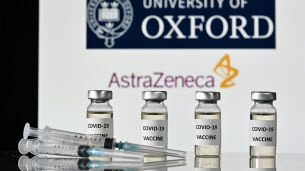 The High Authority for Health presents this Tuesday its recommendations for the use of the AstraZeneca vaccine, which has just been approved by the European Medicines Agency (EMA).

Why it matters. The British vaccine is the third to receive a marketing authorization in Europe. In connection with the shortage, his arrival is expected to increase the speed of the vaccination campaign in France. However, the doses delivered will be much smaller than expected, and the effectiveness of those over 65 is questioned. These are all elements that can shake up the vaccination route that the government first chose.

Who will be eligible for the AstraZeneca vaccine?

On Friday, the EMA gave the green light for use in the EU of this vaccine for those over 18 years of age. The countries of the Union looked at his opinion, after doubts about the effectiveness of the over 65s. Doubt expressed to the Élysée: “What I can officially tell you is that the first feedback we have is not encouraging for those over 60-65 years on AstraZeneca. For my part, I am waiting on the one hand the statement from the EMA, and on it on the other hand, then the expression for the High Authority of Health because they have the numbers “, Emmanuel Macron, President of the Republic, declared last week to the foreign press.

According to Les Échos, the high authority for health goes against an authorization for those under 65, as Germany has done, and takes the opposite view of the European regulator.

In this case, the situation for the vaccination campaign will change. The most vulnerable audience would no longer be in the front line. The first doses of the vaccine may be intended for carers under the age of 50.

Who can manage it?

Another question: who can deliver the vaccines? The government asked HAS about the possibility of prescribing and administering pharmacists. For several weeks, they have said they are ready to intervene in the front line to carry out the injections.

And Olivier Véran, during his Senate hearing on January 12, gave them a glimpse of this possibility, as soon as the AstraZeneca vaccine would be in the race. “When we have vaccines that can be stored between 2 and 8 ° C, easier to use, we will trust the entire territorial network, therefore all caregivers. I await HAS statement in the context of a collaborative protocol that will allow us to trust all healthcare professionals. , “Explained the Minister of Health. By adding:” We know how to do in our country, especially for the flu. “

Will it solve the shortcoming?

Except that before opening this new channel for access to vaccination, it will be necessary to have enough doses. However, after hoping for a significant volume of deliveries, France only counted on 4.6 million doses on Tuesday, or 29% of the orders promised by the end of March.

After this weekend’s settlement between the laboratory and the EU Commission, volumes will be slightly higher, but deliveries will seep in. Clément Beaune, State Secretary for European Affairs, announced the premiere next Monday at France inter. And according to Les Échos, there will only be 500,000 doses. Not yet enough to vaccinate massively in pharmacies right away …