WhatsApp will soon make it easier for you to transfer chats between Android and iOS, which is a highly anticipated feature. The messaging app allows you to back up your data to a third-party cloud storage service, but it does not enable chat history transfer between devices. This could change in the near future with a new update. If you switch from an iPhone to an Android phone, you’ll soon be able to transfer your WhatsApp conversations and vice versa.

A new chat history migration feature will be rolled out “in a future update,” according to WABetaInfo, a website that tests WhatsApp features in beta and publishes information about them. It’s unclear when the feature will be available, but it’ll undoubtedly be a key part for those looking to switch between iOS and android devices. A screenshot of WhatsApp for iOS appears in the report, with a popup requesting that the app be updated to the latest version in order to transfer chat history to another system running WhatsApp for Android. According to the report, users will be able to move their chat history from Android to iOS. 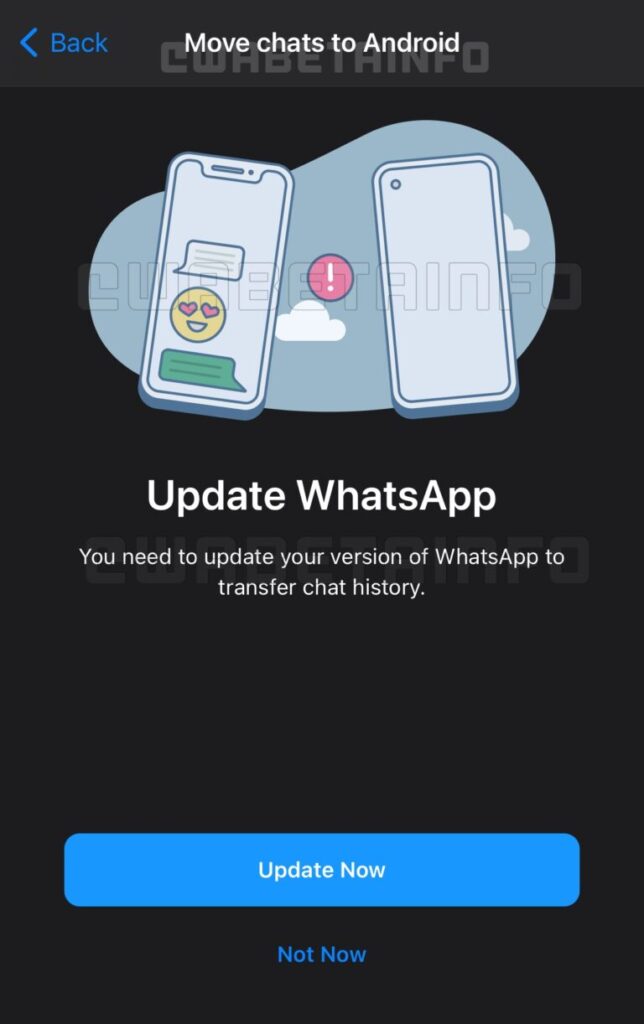 If a WhatsApp user tries to link a device with a different operating system, the app must be updated to the most recent version available on the App Store or TestFlight “in order to prevent any compatibility errors with the Android version,” according to the report.

The chat history migration feature is part of WhatsApp’s multi-device feature, which it has been working on for a while. Last year, WABetaInfo was the first to report on a WhatsApp feature in the works that would sync chat history across platforms.

Telegram and Signal both offer cross-platform chat migration, so it’s only logical that WhatsApp, the world’s most popular cross-platform messaging app, will follow suit. Despite this, no other details were revealed, and the exact date of any release is still unknown.

WhatsApp is also planning to add a new feature, “Larger Media Preview.” It simply means, the photos you upload on WhatsApp will appear exactly as they did when you first posted them, and the app will not crop them. This functionality is available in WhatsApp’s 2.21.8.1 beta release.

WABetaInfo recently posted screenshots of the WhatsApp Web beta, which indicate that users will soon be able to use the WhatsApp Web application without having to keep their phones linked to the Internet. The function was first seen on Android and is now said to be in the works for iOS as well.