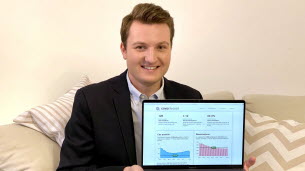 Where is the Covid-19 epidemic currently in France?

The indicators do not give a clear view of the situation. The enormous testing before the holidays has muddied the water. The explosion in the number of tests up to 21 to 22 December increased the number of identified cases mechanically, which affected the reproduction rate of the virus upwards, and played on the degree of positivity. Since then, the tests have dropped, and so have the cases.

So we have no idea how the epidemic actually develops. The virus circulates fairly consistently, but the virulence is not as high as in late October. The hospitalization curves (which have a delay of ten to fifteen days in cases) are stable. The only conclusion that can be drawn with certainty is that the circulation of the virus was high and stable a few days before Christmas. Another element: The detected cases have increased for 2-3 days despite declining testing. We do not yet know the origin of this increase: pollution before Christmas? Clusters in nursing homes?

When will we see the impact of the holiday?

During the week, around January 6 or 7, we should know the impact of Christmas. For New Year’s Day, we will have the first items a week later. However, we will not really be able to draw a final assessment until mid-January, by observing the effect on hospital admissions to intensive care.

What impact could the new English variant have on the epidemic?

The data is not very reassuring. Many elements point in the direction of a more transferable variant. However, it is worse to have a virus that transmits faster than a more deadly virus. A virus that is 50% more deadly is better than a virus that is 50% more transmissible. It may seem counterintuitive, but in the medium term, a more transmissible virus will lead to more deaths than a more deadly virus. Because the spread of Covid-19 cases is exponential, not linear. A virus twice as deadly will kill twice as many. With a virus that is transmitted twice as much, after several months, we have thirty or fifty times more cases. And an increase in deaths in proportion to the exponential number of patients.

What do we know about distribution in France?

We have no idea the number of cases in France. It will be weeks before we can measure the impact on the epidemic. In an exponential growth, the beginning progression is slow (we go from two cases to four, then from four to eight …) until it suddenly explodes and doubles large volumes week after week. If we currently only have five cases that we have not discovered, we will not see it until February or March. In England it had been present since September and exploded in December. But the risk is that once it has grown to such a size, it will no longer be possible to stop it.