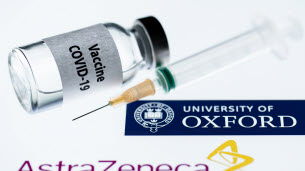 Cheap, easy to store …: five things to know about the AstraZeneca / Oxford vaccine, trusted by India on Sunday, after the UK and Argentina on Wednesday. It is administered from Monday on British soil.

The AstraZeneca / Oxford vaccine has the advantage of being inexpensive (around 2.50 euros per dose).
It is also easy to store: it can be stored at a temperature in a refrigerator, between two and eight degrees Celsius, unlike the vaccines from Moderna and Pfizer / BioNTech, which can only be stored for a long time at very low temperatures. temperature (-20 ° Celsius for the first, -70 ° C for the second). This facilitates large-scale vaccination.

According to the CEO of AstraZeneca, the vaccine is able to fight the new variant of coronavirus, which is responsible for an outbreak of cases in the UK.

Against this mutation, “we currently believe the vaccine will remain effective,” Pascal Soriot told the Sunday Times last weekend. “But we can not be sure, so we will do some tests.” He assured that new versions were prepared only in case he hoped not to need them: “You must be prepared.”

This vaccine was developed by the British group AstraZeneca with the University of Oxford. It is the second vaccine approved by the MHRA, the UK regulator, after Pfizer / BioNTech deployed in the UK since December 8 and administered to more than one million people.

One of the most surviving countries in Europe with more than 74,500 dead, the UK has ordered 100 million doses of the AstraZeneca / Oxford vaccine, of which tens of millions will be available by the end of March. Vaccinations begin on Monday, with 530,000 doses available.

The green light from India will also help launch a huge vaccination campaign in this country where almost 150,000 people have died from Covid-19. India is the second most affected country by the pandemic, with more than 10.3 million people infected.

AstraZeneca says it is capable of producing three billion doses of its vaccine around the world by 2021.

The Oxford / AstraZeneca vaccine is a “virus vector” vaccine: it takes another virus (a chimpanzee adenovirus) that has been transformed and adapted to fight Covid-19.
It is the first vaccine whose efficacy results have been validated by a scientific journal, The Lancet, on 8 December. According to data published by The Lancet, AstraZeneca’s vaccine is “safe”. Side effects of the virus are extremely rare at this stage.

Of the 23,754 volunteers who participated in the trials, only one patient who received this vaccine experienced a “serious side effect that is likely to be related” to this injection, according to data published in The Lancet. This was a case of transverse myelitis (a rare neurological impairment) that had motivated a temporary interruption in the study in early September.

In the preliminary results of clinical trials, the British laboratory announced in November that the vaccine was on average 70% effective against more than 90% for Pfizer / BioNTech and Moderna.

The effect of the AstraZeneca / Oxford vaccine is 90% for the volunteers who first received half a dose, then a full dose one month later, but only 62% for another group who were more vaccinated. with two full doses at one month intervals.

The half-dose injection was actually due to an error, and only a small group had followed the second protocol, which caused criticism and concern, prompting the company to announce on November 26 that it would hold an “additional study” to verify these results.

“We believe we have found the winning formula and how we can achieve an efficiency that with two doses is as high as that of the others,” assured AstraZeneca CEO Pascal Soriot.

the Icelandic patient is well

a collective action launched by the forgotten taxis

Rhône. Demonstration in front of Saint-Jean-de-Dieu hospital this Thursday in Lyon