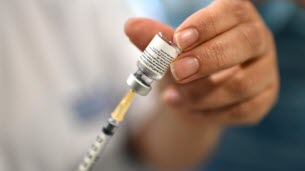 The vaccination campaign, which started slowly, will “accelerate” in France, with the possibility for carers aged 50 and older who want to be vaccinated on Monday, according to the Minister of Health Olivier Véran. Initially, they should have waited until the end of January or the beginning of February.

Why is this important? Only 332 people have so far been vaccinated in France, according to the independent website covidtracker, which collects the latest figures from the health authorities, while mistrust of vaccines is strong.

A situation that pressured the head of state, Emmanuel Macron, to take the step in his TV promises on December 31: “I will not let, for bad reasons, unjustified inertia settle” in the countryside. vaccination, he warned.

We had to react quickly (and well)

“Be reassured. The vaccination campaign will soon gain momentum,” said Health Minister Olivier Véran on the same day, assuring that France knows “to organize a mass vaccination” and that “in a few weeks, vaccination will have been offered to all elderly people and we will be on the same page. level as the countries that have gone differently ”.

They seem very (very) ahead: several thousand people have already passed the needle test in Germany or Italy, and almost a million in the UK. It was therefore necessary to react quickly (and well) by sending a strong signal to those who have been in the front line since the start of the crisis.

Having caregivers … able to heal

“Vaccination greatly reduces transmission since it protects 95% of the most contagious symptomatic forms. (…) Vaccination of caregivers is not meant to ensure that they are not contaminating, but not contaminated and able to treat,” explained geneticist Axel Kahn on Twitter.

Thanks to the injection, sick caregivers who are symptomatic of Covid-19 will not be treated. On the other hand, asymptomatic vaccinated caregivers will be able to treat without fear.

At Nancy CHUR, they did not wait for the authorities’ announcements: The hospital, in white since mid-December, announced that it had started on Thursday to vaccinate professionals over the age of 50 against the virus as well as the elderly in long-term care, ten volunteers on 31 December.

A strong message sent to the population

“It seemed fundamental to us to use the weapon that is vaccinated without wasting time,” replied Christian Rabaud, an infectious specialist and president of the establishment’s medical commission.

“This goal for caregivers seems doubly important to us: we have clusters that affect caregivers, and when you have a quarter, a third of a team being arrested, when the situation is already tense, it’s very complicated. And then there is a strong message sent to the population, who may be hesitant in the face of this new vaccine “.

In light of the worrying situation, the professor had already called at the end of December not to celebrate the New Year, not even in small groups.