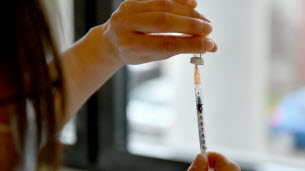 Gerland: Hospital students in southern Lyon want to get paid for the screen

Following the medical students at the Faculty of Lyon East, HCL encourages medical students to UFR in southern Lyon to secure the samples at the Gerland screening center from 18 January. But they will not “be free labor.” Volunteers, yes, forced and underpaid, no “, they explain in a press release. “When we were hired as nursing assistants in this crisis, we signed a contract. We also want to sign a contract there and have sufficient remuneration, like any professional, ”explains Roxanne Hellandso, representative of the elected representatives in Lyon Sud. The students want remuneration that at least corresponds to the minimum wage. “The students who volunteered for the region’s screening campaign were paid € 150 per day,” says Roxane Hellandso.

The students dispute the “pedagogical” argument. “Chain exercise […] of PCR tests is not part of the roles of the doctor, a role where the students want to be trained, ”they explain in the press release. “We are asked to provide a week of six weeks of practice when we already have very few clinical practice places”, also emphasizes Roxane Hellandso.