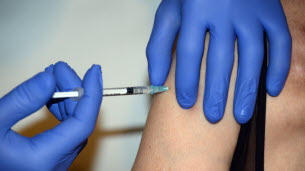 The vaccination campaign is accelerating. While the Gerland Center opened its doors on Thursday, other centers are about to open in the Rhône.

A total of 18 from Monday, they will cover the entire territory and respond to the moment of urgency: Vaccinate people over the age of 75 who do not live in nursing homes.

Which centers are already open

On Monday, the CDHS Prevention Center in Vénissieux, the hospitals in Neuville-sur-Saône, Beaujeu and Givors, the Belleville Hospital Center and the Lucien Thimmonier room in l’Arbresle will join the ranks.

Finally, no less than 18 structures will be operational in the department.

It is necessary to make an appointment before you go to a vaccination center. This agreement can be made online [Doctolib, Keldoc ou Maiia]For the four centers managed by Hospices Civils de Lyon, it is possible to make an appointment via the HCL website (You must then click on the link corresponding to each center: Palais des sports de Gerland, Edouard-Herriot Hospital, Lyon Sud Hospital and Croix-Rousse Hospital, but no appointment is currently available at this center).