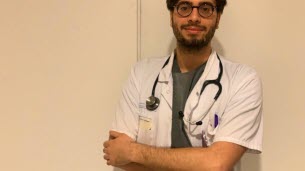 What do we know about the new English variant?

According to several British modeling studies, the new variant is about 50% more contagious compared to the original virus. This is very worrying data because transmissibility is one of the most important parameters for assessing the potential for progression of the epidemic, and its impact on healthcare. There are many variants of the virus, but this is the first that we have convincing evidence for increased transmission of the disease.

Why is it more contagious?

The virus has developed a series of mutations. Many mutations involve the spike protein, which allows the virus to enter human cells. It is possible that the new variant attaches better to human cells thanks to the mutations. The viral load of people infected with this variant is higher than for patients infected with other strains.

Is it more dangerous?

At the individual level, it does not appear to cause more serious forms of disease. But digitally, as it is more easily transmitted, it causes more COVID-19 diseases in general. More serious forms and more deaths are therefore to be feared.

Does it affect young people and children more?

The data is still uncertain. The increase appears to be relatively homogeneous in all age groups. There are currently no data to support the claim that the increase in transferability is greater in children. However, the data are preliminary, and we must be very careful.

Schools have always been a hotspot. Children are smaller vectors than adults and have better control over the virus, but schools are important in transmitting the virus because they are contact points. The English note that the current containment is probably not enough to curb the epidemic and call for new measures: to close everything including schools, colleges and high schools, and to vaccinate at least 2 million people per week.

The vaccination plan in France

What should I do in France?

We will probably have to reconfigure without waiting for the situation to be catastrophic, strengthen the protocol in schools to limit the circulation of the virus, increase distribution and quickly accelerate vaccination, especially among health professionals.

Brigitte Macron on 20H TF1 to start the operation